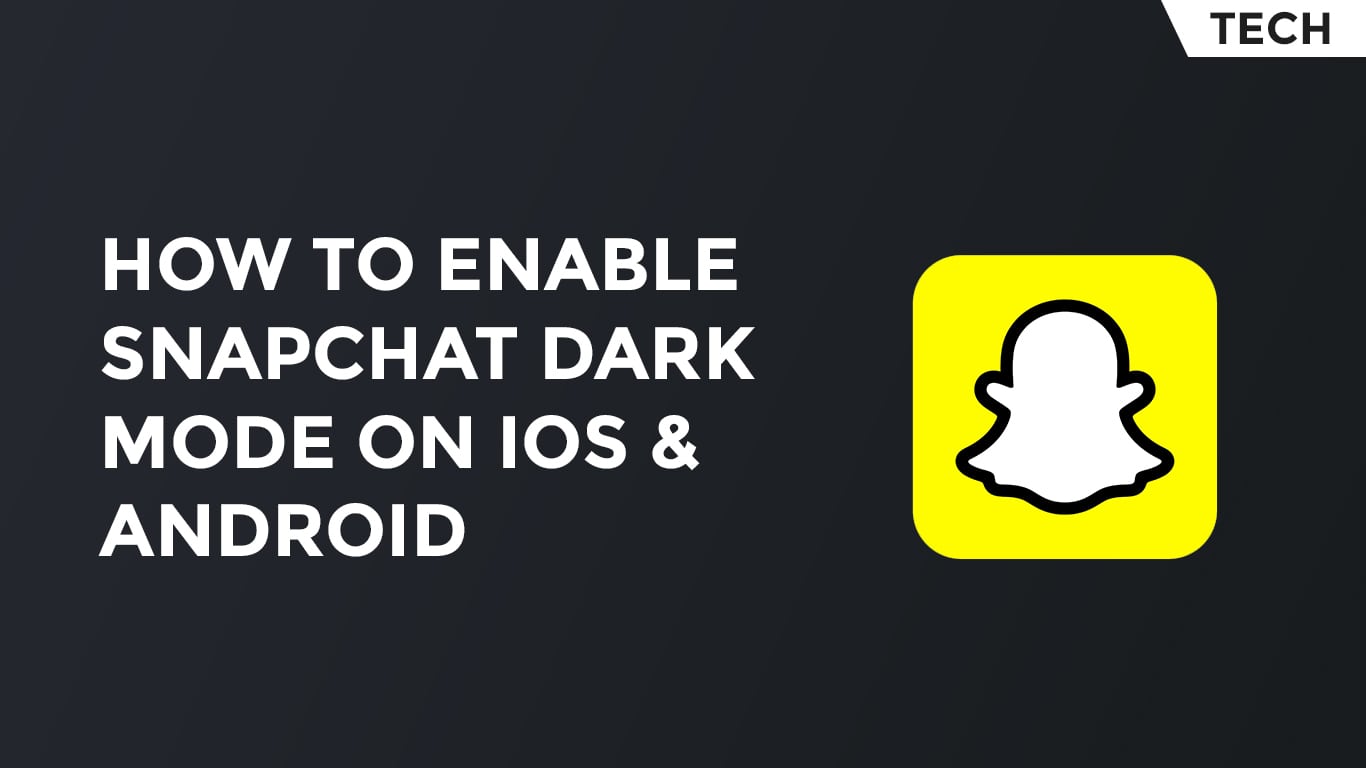 Snapchat has become an app that you would find on every single phone and for good reason; the app first launched in 2011 being the first of its kind, no other app had stories or a feature that makes all texts disappear after 24 hours. Snapchat dark mode is a feature in high demand by all the users.

Right now, Snapchat is one of the most used apps in the world and many other apps like FACEBOOK, Instagram, etc have taken inspiration from Snapchat in one way or another.

So now that dark mode is something every other app has introduced on their platform, it has left Snapchat users questioning if there is a similar feature for the app. Well, lucky for us dark mode lovers, there is! In addition to making your Snapchat look sleek and modern, the Snapchat dark mode has many health benefits to offer.

What is Snapchat Dark Mode?

Dark mode or Dark theme in an app simply means having a color scheme that changes the theme of the app to a more dark-colored one. The dark mode is not always black, though; it can be blue and gray as well.

The main objective here is to have a dark theme option on the app because it causes less strain to the eye and does not obstruct sleep as much as the traditional theme during the night time.

Dark Mode is often also known as ‘Night Mode’ or ‘Bedtime Mode’ as the main purpose of having these themes are so they can be enabled at night because that is when most people check their social media. One of the lesser-known benefits of having dark mode on an app is that it helps the battery and can make your phone stay on for a longer time.

However, it is important to note that the official feature of making your Snapchat account dark-themed is not out yet. According to reports, the Snapchat Dark Mode feature is currently under development and may roll out shortly as Snapchat is known to introduce new features to their app frequently.

How to enable dark mode on Snapchat?

Step 1-  There is an app called  ‘Substratum Theme Engine’, go to the play store and install the app. The app does not require rooting if the android version on your phone is oreo or above; if it is not then you would be required to root your device.

In some phones, you might find this under ‘Developer Options’, it depends on the phone.

Step 3- Launch the Substratum Theme Engine and have a look at all the available options, search for dark mode, select your device, and then select Snapchat.

That’s all you have to do! Now, you’d be able to run Snapchat and the dark theme for the app would be enabled. You would get two options ‘Swift Black’ and ‘Swift dark, it is recommended that you go for the second one.

When Apple rolled out the iOS 13 update, it was well-received and it seemed like the update that we had all been waiting for. Now, the iOS 13 much to our disappointment does not work on Snapchat.

It is not advised that you jailbreak your iPhone as it voids the warranty and you might get banned from Snapchat but if you are a total sucker for the dark mode, follow the next steps to have it on your Snapchat.

Step 1–  Go on the App Store and download Cydia and iFile.

Step 2– Now, you have to install the Nightmare Package. You would be able to find the app on the App Store. So, you would have to use the attached link to install it.

Step 3– Click on the app, select “Open in” and then “Open in files”

Step 4– Now, tap on the installer and wait till the app is downloaded.

Step 5– Once the app is downloaded, restart your iPhone’s home screen and Nightmare should be up and running.

That’s all you have to do to have the dark theme enabled on Snapchat on your iPhone. Nightmare can work through Snapchat’s tweak and would work on all your jailbroken Apple Devices!

When Will Snapchat Dark Mode Arrive In The official App?

There have been numerous reports that have indicated that the official Snapchat dark mode is in the works and it may come out soon. Some of the biggest apps in the world have introduced or have started introducing dark themes or different colored themes for the last two years so there is no reason for Snapchat to not do the same.

Since the dark theme is so widely loved there is no reason for Snapchat to roll out the update. However, it is important to note that no official note or comment has been made by the people who work at Snapchat regarding the update.

If we are lucky, we would get this update in a couple of months; but for the time being, you can use Nightmare to get the night mode experience on Snapchat and on all the other apps that do not have dark mode yet!

If you are someone who loves a dark theme or night mode on your phones and all your apps and do not have a problem in rooting or jailbreaking your phone, you can use the methods mentioned above to get the Snapchat dark mode experience.

However, if you are a person who would rather not risk it, we recommend that you should wait for the official update; after all, we can all say that it would be worth the wait!

3 thoughts on “How To Enable Snapchat Dark Mode on Android and iOS?”