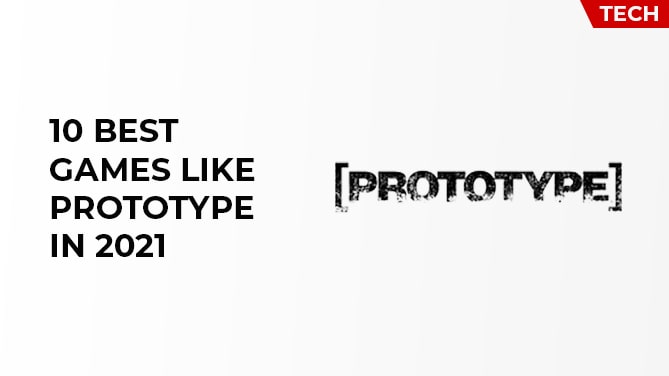 Many people simply love playing games and some are gamers from the core. Several games are played by so many around the globe. And Prototype is a game just like that which is played by a relative majority of people.

The game is developed by Radical Entertainment and is an action-adventure one also allowing you to roam freely exploring vast cities like a sandbox-style video game.

It gained some good feedback and also was praised for engaging gameplay and originality. That said, it was a critical and also commercial success for its producers. The game also had its sequel in 2012 called Prototype 2.

Nonetheless, your presence tells us you are looking for games like Prototype. So, here in this article, we have named some best games like Prototype which will give you the same thrilling, intriguing experience or even more. Therefore let’s move on to our list and uncover them.

Here are the best games like Prototype that you enjoy and also enhance your gameplay.

Prototype 2 is the sequel to Prototype and is the best one for games like Prototype or its alternative. It is developed by Radical Entertainment and is a revenge kind of story.

It has a new protagonist named James Heller who goes on a journey to slay Alex Mercer, who is the protagonist of the Prototype. Alex Mercer is speculated to be the primary felon for the eruption of the Blacklight virus. The protagonist has foot-length steel claws and superpowers and the game has superb mechanics and a lot more.

You might be aware of this amazing franchise. Assassin’s Creed is developed by Ubisoft and is an action-adventure game. You see the old struggle between assassins who want peace, freedom with free will, and who define peace through order and control.

The protagonists here take down the enemies utilizing combat and stealth skills. There are around 12 main games in the Assassin’s Creed series and mostly all of them have received positive reviews. It has received several awards, nominations and is one of Ubisoft’s highest-selling game franchises.

Developed by Sucker Punch Productions, infamous 2 is another nice one among games like prototype where the main protagonist Cole has superpowers related to electricity and who wants to be powerful enough to face his nemesis, the beast.

It received good feedback for its traversal, design, and graphics. Cole has several powers from simple electrics to huge rockets. You can use the experience points and unlock other powers. Infamous 2 is stronger than the original one and will become one of your favorite games never gets old.

Developed by Avalanche Studios, Just Cause e is another best one among games like Prototype. Rico Rodriguez is the main protagonist of the game and returns to his homeland wanting to free Medici from the dictatorship of General Sebastiano Di Ravello.

With massive weapons, vehicles, and gadgets at any cost, you are there to free your homeland. Not everything is destructible though explosions are Just Cause 3s especially attractive ones and look great. It’s a good game to play as you are in search of games like Prototype.

Middle Earth Shadow Of Mordor is an action-adventure game in an open world environment and is one of the best games like Prototype. It takes place between the Hobbit and Lord of the Rings trilogy.

You, i.e Tailon, bond with the wraith of the elf lord to avenge the death of your loved ones. The game is praised for its open-world design, combat, and nemesis system which is a fantastic emergent tool.  It also won several awards along with the game of the year.

Here comes a shooter video game- Singularity that is developed by Raven Software. The whole game’s attraction is the time machine it has that can move forward and backward in time called the Time Manipulation Device or TMD.

You are playing the role of Nathaniel Renko who has to save Nikolai Demichev, a scientist from catastrophic fire. You are a member or member of the US Recon Marines. By using TMD time’s changed and later puzzled and then uncovering mysteries take place.

Batman: Arkham City is the sequel to Batman Arkham Asylum and is inspired by the comic book Mythos and is based on Batman. It is developed by Rocksteady Studios and obviously published by Warner Bros.

It’s the recipient of several awards and is considered one of the best video games. Batman Arkham City is praised for its soundtrack, narrative, designs, character, etc. The game makes you feel like Batman and those special and unique enemies will keep you on your toes.

Barbarian Simulator is another action-adventure game developed by emperor games where you stand with Roman rebellion to reclaim the stolen territories. You can craft and upgrade tools and weapons like powerful axes or deadly traps with various resources.

You can also fully customize your characters and everything else just the way you want. You will feel more like a true warrior, a barbaric assassin, and get no one.

We now have Dead Rising 2, yet another best one in our games like Prototype. This game is created or developed by Blue Castle Games. It has both single and multiplayer modes.

You play the role of Chuck Greene who is a former Motocross rider. And you are caught in a zombie outbreak. So here he has to uncover the truth, survive as well as save those who are caught in this and also see that your daughter should take medication on time to prevent her becoming a zombie herself. You have to finish missions to move on in the story.

In multiplayer, around 4 players can compete against each other based on whose skills are more in an in-game reality show ” Terror Is Reality”.

Assassin’s Creed Revelations is the 4th installment in the Assassin’s Creed series developed by Ubisoft Montreal. Ezio Auditore, the main protagonist, has won almost everything and now is left in search of what more or what is left for him to achieve.

He crosses Constantinople in Ottoman Empire to uncover the truth of his ancestor Altair and where he sees templars disturbing and destabilizing the region. Heightened eagle vision, bomb crafting, hook blade combat, and many more make you deadlier. Not the best but this one is moderately good for Assassin’s creed.

As we can see now this game- Spiderman- shattered dimensions is based on the marvel comics superhero Spiderman. There are four Spidermen in this game and each is in a different world and has different gameplay.

And then comes Mysterio who is in search of a tablet that will make him powerful but they are spread out in pieces across 4 dimensions wherein each dimension is each spiderman and the story goes on. You can certainly play this game as you will like the idea of 4 marvel universes together and the humor in it.

These are some of the best games like Prototype. The above action-packed and open-world games will surely entertain you so give any of them a try and have a great time.

Moreover, we hope you liked the article and tell us if you know more good games like Prototype and also your favorite one in the comment section below.