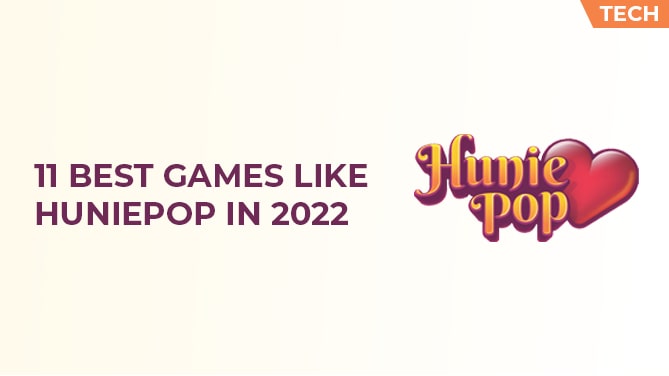 Developed by HoneyPot, HuniePop has become popular and furnishes you a remarkable sim experience for pc players. It’s a mix of dating sim, puzzle, and RPG elements. The game has many good features like the beautifully composed soundtrack, customization of outfits, hairstyles, 20 in-game locations, professional voice, and numerous dialogues, and a lot more that attract gamers with plenty of plot. It has also received overwhelmingly positive reviews from everyone.

However, if you are looking for HuniePop alternatives then you are on the right page as here we have listed the best games like HuniePop.

Here are the best games like HuniePop that you can try if you are bored playing HuniePop.

Developed by Magic Notion in 2014 kitty Powers Matchmaker is an enjoyable and hilarious dating simulation game and is one of the best in our list of games like HuniePop.

In this you are gonna have your matchmaking agency where you have several clients whom you will be guiding with your boss and your diva kitty.

You will be making pairs based on their personality, income, interests, appearance, etc, help them deal with awkward conversation, dilemmas; sort out challenging dates, and lead them to happy endings.

You also upgrade your agency as it gets more reputation with salon, gift shop, rewards, etc. The game’s pretty much fun to play.

People review that Roommates is not just the best dating game any indie developer has brought and is the best one published by winter wolves.

So here you are in the best dorm of the best college in the whole country. And you play the role of either Max or Anne, you’ll also have other 4 tenants in your dorm whom share all college stuff, and all the extra fun with them.

Max and Anne both need you to go through college and you can choose either of them- smart Anne or handsome Max. Among all the bittersweet processors and distracting student body, you’re gonna strive to simply go to 2nd year of your college experiencing a variety of stuff and light comedy that will certainly make you laugh.

This is another one among games like HuniePop and is more or less a decent game to play. Yes, there’s no story in it or no good dialogues between the protagonist and girls.

However, it’s fun playing more like you create your own story. What happens in the game is all the waifus are kidnapped by the dark lord as a huge tower emerges from the ground. You are the hero and should defeat the dark lord and save waifus from him by solving the puzzles.

Features of the game are 36 spells that you learn to make your tactical gameplay, 10 live 2D waifus, and can upgrade your character stats and it also has animated boss enemies.

Mystic Messenger is kinda different, it is said as a storytelling messenger game developed by cheritz in South Korea. The game is available in Korean, English, Mandarin Chinese, and Spanish.

The game is pretty popular and played by many, gaining initially huge and amazing success. You fall in love with mysterious people online, you are the only girl and interact with other anime boys in a fake chat room. Its fake interface is really brilliant and shows you all the flaws and charms of the players.

The game has three-story modes- casual, deep, and another. You can send and receive messages in messenger and call or receive calls. One can also email guests for parties. It has many things to look into and this fake messages and calls thing is certainly good, making it a good one among games like HuniePop.

Hatoful Boyfriend is another weird and yet great game where you are the only human student in a prestigious college of pigeons. Here you are more like a gay pigeon. It is the world’s greatest pigeon School where you find your love roaming in the corridor and halls.

You are gonna encounter every feather Bird from narcoleptic instructors, two biker gang birds. Get wise and attend classes to level up, fall in love over and over again to try new paths.

It also has fouls and twists so pick your dates carefully or you’re gonna end up murdered. Also, you can buy Calm Corn, Country Millet, or Bitter Black Beans that pigeons like to give and impress them. The game has received quite good reviews and is also liked by many players.

This is another game in this list of games like HuniePop developed and published by Winter Wolves. In Amber’s Magic Shop you play the role of a dark elf named Amber who was abandoned as a baby, then she becomes an alchemist and on her way, she finds more than just good friends named Daniel, Bernard, lair, Ruby, Cosa, and Anders, Lynn.

The game has 4 different endings for each love interest, and you have to discover all the endings and gain pin-up images. There are some really cruel and sad endings and some pleasant ones.

The game has over 35CGs and pinup images. You can consider playing it as a dating sim or crafting simulation game.

Celestial Crossing is yet another nice one among games like HuniePop and here in this visual novel game, you play the role of a high school student Hikaru. This Hikaru sleeps the whole day and plays his favorite game during the night.

And one day all of a sudden what happens through a series of events is that your in-game Alter Ego is right before you and this character doesn’t know anything related to the world and its morals, norms, or any civilized stuff.

Your in-game avatar is a barbaric eleven warlock named Nerith. So the thing to see is if you will stand and bear him and get along, and like each other or if things get messed up with you both.

Haileen 3: New Horizons Free follows the second game and is the third game in our list of games like HuniePop developed by winter wolves.

The game is placed in the Caribbean and you- haileen goes in search of her missing friends so that you all unite back again like before. You are accompanied by Morgan the pirate. All the decisions you make develop haileen’s personality.

Moreover, it has 4 new male and female romances, the story being much longer than before, lots of unique skills to level up, based on your skills and virtues you unlock 14 different profession endings. Certainly, a nice one to play.

Developed by winter wolves and rataika games, C14 Dating is another game like HuniePop. This game includes archaeology, friendship, and love and here you play the role of Melissa Flores who’s a third-year anthropology student doing her summer archaeological internship.

It has some beautiful manga artwork and original soundtrack and the game’s plot is pretty nice, a little out of your comfort zone as you’re gonna stay 2 months in a new country with whole new people and learn new things and not to forget you make new friends and also romance during your stay there. It has unique characters with different casts which makes it more interesting.

It is said Sengoku Rance is one of the best Eroge, one can ever play. Most of the eroges are based on visual novel format but this game isn’t like that, it’s based on a real deep and strategy-based role-playing game.

It has an addictive battle system, nice music and the gameplay complements it more. Well, the game has many more good features you will like once you start the game.

Kamidori Alchemy Meister is yet another eroge one or yes nice one among games like HuniePop. Here the story goes around Wilfred Dion. Will, due to the death of his parents, fails in his exams and now is trained and is a young alchemist.

After getting promoted he acquires 3 guards which happen to be beautiful women and being an alchemist he goes into the wild and crafts weapons, kills monsters.

There comes trouble when creature Reaper appears and starts randomly killing alchemists and yuela interests him. So the thing to uncover in the game is that can Will master alchemy and protect everyone out there.

Well, above were some of the best games like HuniePop. We hope you liked the list and got your hands on the best one. Feel free to let us know if you are aware of any more such games.