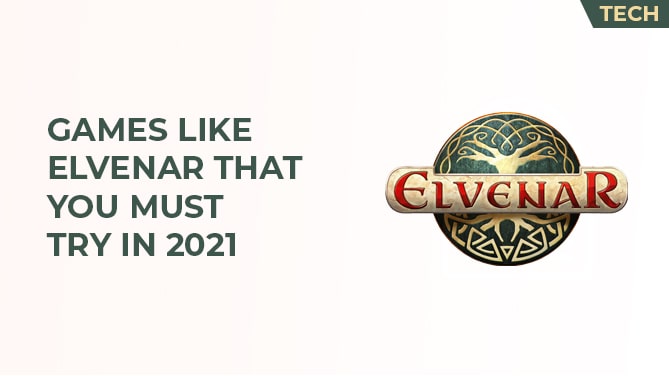 There are hardcore gamers and there are amateur ones, but these games keep us really occupied in our free time and also relieve our stress and for some, gaming is a passion and also a source of earning.

Elvenar- the Fantasy Kingdom is a city builder game where you build a beautiful, fantasy city choosing between elves and humans, developed by Innogames.

Below are the best games like Elvenar which will give you the same excitement and joy and maybe even more.

Anno 2205 is a strategy-based city builder simulation game that was developed by Blue Byte and published by Ubisoft in 2015.

So here in this game, you conquered the earth and are building a better tomorrow for mankind by bringing in every new technology, bustling city, industry, and a lot more.

However, you have to settle or travel in space to make sure all this happens because you have to mine the moon’s resources to make metropolitan cities. You can also play on numerous islands concurrently connecting various regions.

Anno 2205 brings life to the city more details and immersion, flying cars, grinding mines, citizens in factories, and that amazing wildlife, everything animated by your actions and yet feels real. Well, this is the brief plot of the game, will see what’s next in our games like Elvenar list.

SimCity is one of my favorite ones here in games like Elvenar. It is quite popular and you might be aware of it. This game is the most popular one on mobile among all the city builder games.

You make your city beautiful just the way you want by taking smart decisions at the right time. You develop your city with advanced stuff and bring in all the facilities that citizens require from hospitals to airports, houses, cafes, widening roads, etc

As the city gets larger your work on it increases and you try to make sure that citizens remain happy and the skyline grows. It’s an open-ended series and the first game of this series was released in 1989 by Maxis. The game’s really fun to play and has many more features.

Now among games like Elvenar, there’s a forge of empires, a browser-based game. Here, you build an empire or mighty kingdom and experience the eras. Also, discover new technologies and conquer other territories to expand your kingdom.

With this game, you are gonna understand history from the stone age to centuries afterward. You can face the challenges in single-player mode or compete with others in multiplayer mode also.

As you go through different eras you develop your empire with new buildings and innovations. With your strategic and economic skills, you also see the financial growth of your empire. Moreover, you also fight exciting battles with units and battle strategy.

This one’s another game for how to become an ultimate emperor by building your empire and prospering it. It is a massively multiplayer online, browser-based and real-time game.

So in this game, you will be creating a vast empire from a small village, you do this with various gameplay mechanics. One has to upgrade around 30+ buildings that help you in raising your economy and military in some way.

You can also join others or invest in a strong alliance to rule the realm. Or maybe you can help others like friends to gain dominance and form bigger federations. There are many more things like you can select from more than 100 skills for your royal family and shape them and also participate in PvP tournaments to gain respect.

Games like Elvenar are quite a number and order of battle: World War 2 is another one among them. It was developed by The Aristocrats and published by Slitherine Software. The game has mostly positive feedback from the players.

This game takes wargaming to a new level and has rich animation, detailed terrain, and traditional settings. One can build their army from 700 various looking and behavioral units to operate in world war 2 campaigns. You can also customize your units with bonuses, abilities, etc. To make it more realistic you also have commanders, generals, pilots, captains.

Moreover, you can also play multiplayer mode with 4 PBEM++ and hot seats. Its intuitive design and 3d gameplay with all the features made it gain positive responses.

Developed by Blue Byte and published by Ubisoft, the Settlers online are inspired by the settlers and are browser-based. It has both multiplayer and single-player modes and has the same genres as the above ones, city-building, and real-time strategy.

Here too, you build a city, free to make it just the way you want to and you have to defeat bandit camps to move ahead. Also by completing various quests you unlock numerous buildings to improve your city and take it to higher levels. You also unlock several mines and soldiers too upon completion of quests.

It has new opportunities in the gameplay and gives you a fantastic gaming experience.

Warcraft lll: reign of chaos is also a great one for games like Elvenar and was released in 2002. It was developed and published by Blizzard Entertainment and is certainly the second sequel to Warcraft: Orcs & Humans.

In single-player mode just like real-time strategy-based games, train individual units, resources, and few more things are what you collect to achieve various goals. You can choose from four factions: humans, orcs, the night elves, and the undead.

The game is a commercial success also, earning good feedback from critics for the presentation of the game and the multiplayer features it has.

Eternal fury is another video game you can select in games like Elvenar. It is also browser-based and an MMORPG where you fight against demons in the underworld and become the real hero.

There are hundreds of adventures, thrilling battles, and locations that will make you feel like you are in the midst of medieval battles.

One can create their perfect army, hire mercenaries, get new troops, study technology,  summon ancient heroes, and a lot more. Its combat system which is tactical and dynamic makes battles unpredictable and will surprise you.

This is an MMO game that is set in the medieval period and is fun to play for all ages. Here the plot is, an evil witch has conquered your kingdom and now you have to reclaim your kingdom and make it again the fabulous it was.

In this game, you are the princes and rule over the huge realm which lets you experience the epic journey and have meetings with the provinces. Also, you have to make sure your citizens are taken care of and everything is really fine in your kingdom from harvesting crops to neighboring royalty and building workshops, etc.

Games like Elvenar now have shadow kings: dark ages where you fight other players and make alliances so that you come to power. The game has unruly dwarfs and proud elves with whom you join and get into the humorous fantasy world of the dark ages.

Some of the game’s features include battles between good and evil, lively 3D World, strategic and action events, can play alone or in a community, a huge army with great abilities, trading, and resource allocation to improve the economy and develop your city in different ways.

Games are always welcoming and are a great way to have fun in leisure. Above were some of the best games like Elvenar that more or less have the same plots though differ in the graphics and feel.

We hope you liked the article and let us know if you have any questions or want us to add any other ones to the list.