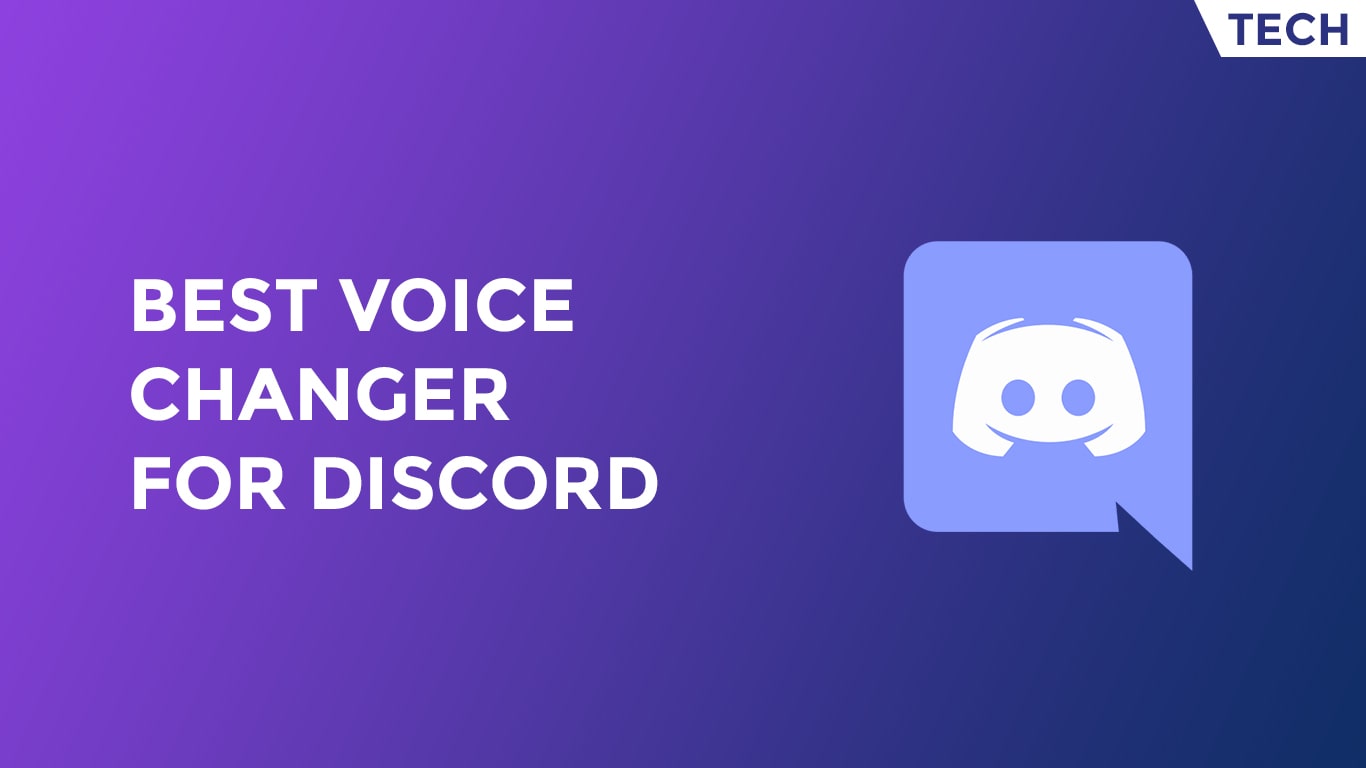 Voice Changer is a software that gamers often use to fool around their friends. It works by changing the pitch or tone of the user’s voice. On websites like Discord, Skype, and any other social media sites people often chat, and sometimes for privacy reasons or fun they use Voice changer apps.

Discord is an application that mainly gamers use to chat and communicate and you can go all anonymous about your identity using voice changer while chatting on discord.

So here, I am going to enlist some of the best voice changer for Discord that come with a very simple interface and variety of effects. You can sound like anything you want by applying those available effects and have fun while chatting and gaming.

It’s very popular among gamers and has around 100k+ Downloads. It has a very easy-to-use interface that comes along with tons of different voices varying from a female adult to a child to a robot, etc.

Voicemod is not only limited to Discord, chat services like Skype, Google chat, Mumble, and games like PUBG, Fortnite also can use Voicemod. The best part of Voicemod is, it sounds very natural making it hard to categorize as Computer-generated.

The variety of sound effects are cave, cathedral, possessed, kong, etc which can be distorted as well by varying pitch. Sound can be loaded in formats like WAV, MP3, AAC, etc.

You can also change voice in real-time with a simple SDK. It is supported on platforms like Windows, PC, OSX, and Linux.

MorphVOX is another great software to change voice on Discord. It changes the tone and pitch quality of the voice according to your chosen effects. The quality of the voice changer is very high and realistic. Also, the built-in voices and sound effects do require some work from your side as it is a little complex.

It never drains your battery life while working in the background. Even if the software gives only two voice choices, the quality of voices is incredible. As it gives optimal voice change effects by analyzing your voice.

This software gives voice changing a whole new level of superiority in terms of technology, Noise cancellation, and of course Quality. It is mainly supported on platforms like Mac and windows.

This is a professionally designed voice changer that records your transformed voice and edits in a waveform. You can edit bit by bit the voice you want by changing pitch, tone, etc.

It has a very easy-to-use interface and works both online and offline without any glitches. The voice can be manipulated in this software to be deeper, younger, older, kiddish, feminine, masculine, or robot.

It has an advanced Virtual driver technology that provides compatibility with most VoIP programs, role-playing games, and web chat applications. To make it available for everyone, it comes with three different plans Basics, Gold, and Diamond.

Other than Discord, It also works with Skype, Twitch, steam, and other voice chat apps.

Clownfish is very basic but its simple interface does the amount of work you want. It doesn’t require any subscription plan or account sign in, it is cost-free. It also supports virtual studio technology(VST).

It can be used on 32 and 64-bit computers. You can change the voice using sound effects like male pitch, female pitch, robot, etc. The built-in sound player plays the modified sound which is managed by Audio control features.

It also works efficiently with Windows 10, and other previous Windows Operating systems.

Voxal has an easy interface and can be installed and used easily but it has some flaws. The app is available for free as well as the paid version but the use of the free version is limited. It might not let you use your favorite voice-effect.

Voxal has lesser CPU usage as compared to others. You can directly add effects or can use a pre-recorded voice to add effects. But keep in mind the free version is not ad-free.

It allows real-time voice changing i.e. you can talk on Discord without losing sync. Its voice-changer library includes effects of Robot, Girl, Boy, Alien, Atmospheric, Echo, and many more. Although sometimes it is difficult to distinguish between these voice-effects.

Other than Discord the app works with other voice chat services also like Skype, Google Chat, etc. It is supported on platforms like windows and the web. Plus it’s very friendly for beginners but also includes advanced features as other software in the market.

Voice-meeter is mainly an audio mixer that can be used as a voice changer too by varying the pitch and tone of your voice. It has a Virtual Audio Device which is used as Virtual I/O to mix and manage audio sources. The best feature of Voice-Meeter is that it is exclusively free for the end-user or Home user. You can also pay it if you want.

It is specifically designed for VOIP users, Broadcasters, Podcasters, Video Gamers, Musicians, DJs, etc. To manage Audio more professionally. It can help you mix your voice or music on skype, Google voice chat, etc and you can use it while doing live broadcasting on the radio also.

You can use a 2x USB Headset on a computer while using Voice-meeter for broadcasts, etc. You can also play video games in 5.1 and use Audio Meeter for communication with your team.

You can use it while making an educational video, Conference, Interview, etc. Different Audio applications can be used together for recording performance live with a preferred DAW.

Another application used widely for voice-changing is SuperVoice Changer, it is completely free and can also be used on platforms other than discord like Whatsapp, Video Platform, Line app, and other Voice-over IP apps. It works in the background also, after feeding the audio to it, you can expect a fast voice-changing experience.

List of Sound Templates includes different types of voice effects such as sweet girl, male voice, little girl, heavy male voice, etc. It is a very lightweight software that utilizes very little CPU power. You can customize the setting according to you and use it later.

This is a fine voice changer that changes live voice and also records it. The drawback of the tool is, it can annoy you while it tries to sell its premium services. This app is available across the web, but be careful while downloading it from multiple anonymous sites, it might be loaded with malware.

You can save and share your creation in one tap. It has a parrot voice-effect that repeats your word back and forth making it entertaining to use. There are 3 different modes and 32 different Voice options. Although the interface is a little outdated, it provides quality voice changing effects. Free voice-effects are limited.

Masq voice changer is another great tool used for voice-changing. It has a very easy-to-use interface which makes it more popular among beginners. It can alter your voice in real-time i.e. without delaying and is best for both gaming and chatting.

It is one of the most powerful sound modification tools with a very easy-to-use interface. You can use it as a full editing tool to change, edit, re-pitch, etc while being online or offline. It is a real-time software for voice changing as it works without losing sync. Other than Discord, it can be used on Skype, Twitch, and other Voice chatting apps.

If you are a professional and a price tag doesn’t affect you, you should definitely try this out for its quality.

Voice changing can be a real deal if you like to prank your friend or hide your identity for privacy reasons. The listed apps are both free and paid. Some are paid but quite professional while doing their work and some are not pricey and still able to do the amount of work you want. Choose and install the one you find useful and still cheap, But don’t forget to tell us which one you find useful and which one is the best voice changer for Discord by commenting down.

Also Read: How To Fix Discord Overlay Not Working In Windows 10