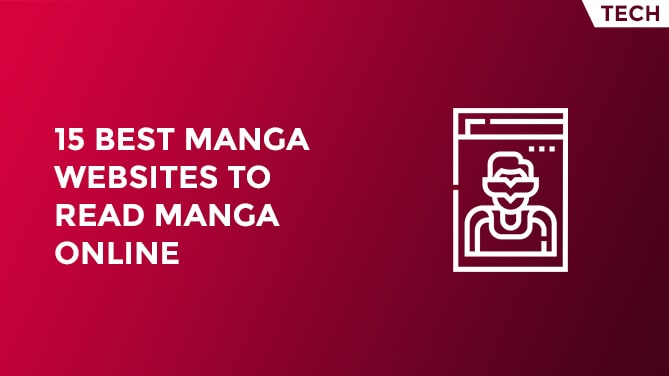 Manga comic books are popular all over the world these days and most people read them in their free hours.

If you are into manga then you must be aware of the fact how much people cherish reading manga and that it originated in Japan.

Earlier manga series were available as books, however as everything’s become digital these days, there are several third-party manga websites and applications that became accessible to everyone.

Anyway, it’s not an easy task to choose a single best website as manga has massive popularity, and that gives rise to tons of websites.

Therefore, we have compiled a list of some of the nicest manga websites and a few of them also have their applications that can be downloaded from the Google play store or App store.

In simple words, manga is the name given to Japanese comic books and graphic novels and the right pronunciation of manga is mahn-gah. Normally manga is available in black and white.

It is read from right to left and a lot of manga are released every week or month in different genres such as horror, fantasy, romance, harem, sci-fi, drama, and many more.

MangaReader takes the first spot on our list for best manga websites with its easy-to-use and well-designed interface.

MangaReader has an enormous library of titles in languages like English, Spanish, Vietnamese, and French.

If you are new to manga then this site would help you out with its way more catalog of manga series.

You can download its application from the play store. It has several sources in English and Vietnamese with some great manga series, however, it has not many sources available in French or Spanish that can be a little disappointing.

Not to forget ads can be a little annoying while reading. Moreover, it has some settings that you can tweak, easy to pick up where you left, and is user-friendly. Overall it’s a must-visit site for the ones who love reading manga.

We all know that crunchy roll is not only among the most popular sites for manga but also anime and Asian dramas. Crunchy roll is a reputable site that offers its source content from mostly Japan and is entirely legal.

You will find the content of various genres from popular manga to old ones. There’s also a forum where you can give your reviews and can ask any questions.

You can use it for free though with few limitations like the quality may not be high and you will be able to read new manga only after one week of its official release and will have ads.

Comixology is yet another popular app for all comic readers with over 75000 Comics from DC, Marvel, and also a reasonable collection of manga series.

One can also sync content between your pc and mobile devices. It has a view mode that makes it easy to read, high quality, and the manga releases the same day as the print edition.

Comixology also has apps for both Android and iOS where you can search, add to a wishlist and buy.

You can purchase the books in the android application itself though iOS users can do that from the browser.

You can browse through release dates, ratings, Publisher, genre, etc, and also the search bar. This the most recommended site for an avid comic or manga reader.

Like the above sites, Viz Manga is another good manga website that offers you a broad variety of manga and comics. The UI of Viz Manga is delightfully striking, clean, and simple to use.

You can quickly go back to where you left by bookmarking it and the left and right keys for moving to the next page. It has a very good quality so good that you simply don’t have to zoom anywhere.

You can also create a library of the mangas you like. Viz Manga has a free version but with certain limitations and its paid subscription gives way to all the latest manga with complete volumes. Viz Manga will never let you miss the latest manga and already has plenty of them.

BATO.to is a new and free manga website with an extensive library of all kinds of manga in numerous languages.

It has a neat and orderly user interface. Users have to sign up to read the manga online.

Users can customize themes and colors that will enrich the reading experience. One can also share their impressions and ideas on the forum or communities here.

You can search in categories like popular manga or latest manga and can even browse in the search bar given.

MangaFox is a very popular manga website that is known by almost every manga fan. The layer of the website is colorful and transparent to use.

I must say MangaFox has a massive collection of manga comics and for sure you will find essentially all your favorite manga here. One will not find any trouble in searching their fav manga too.

MangaFox has around 8000+ manga of high quality and that’s for free. As the site is regularly updated you will find the new ones too.

The content here is great though it has tons of ads and some complaints say, the ads are loaded with viruses and may harm your PC.

Manga Panda is yet another incredible manga source and is free, you don’t even have to do any registration.

It’s quite a popular manga website that delivers you almost everything from the latest to old and classic manga.

It has pretty good search options where the manga is alphabetically ordered into a genre.

To keep you updated this site regularly adds the latest manga along with which it has a wide range of genres available. It has a good UI being convenient enough for you to read.

The best part is unlike other manga websites this has minimum ads.

Renta is also a good manga website that offers you a huge library of romance manga books and others too.

The user interface of this site is fine and easy to use. Most of all the series are fairly priced or can even be said are cheap. This site is also worth checking out if you like reading manga.

The makers of the Inkr Comics first owned an application called Manga Rock which had all pirated content and was relatively popular too.

Nonetheless, the developers decided to shut it down and that’s where they brought in a new and official application- Inkr Comics.

Inkr Comics platform offers you manhua, manga, webtoons, and some US comics, all for only $4.99 per month.

With its minimal user interface and a nice collection of manga, this site has attracted many users.

Niaad is yet another decent manga website that gives you a huge diversity of manga.

You also get to see manga reviews, previews, ACG, etc, and yeah it’s completely free and another good thing is, it will have no ads.

You can search your favorite manga in categories like fantasy, supernatural, sci-fi, romance, latest, original, most popular, and many more.

The interface is neat and doesn’t look messy giving a promising user experience.

And the 11 spot on our list has MangaPark which is an amazing manga website that has an enormous library of manga when compared to its competitors.

Not only that, MangaPark updates its website regularly and this will not let you miss any of the latest ones.

You will not find any annoying pop-up ads though there are banner ads. An advanced search feature can be used to search your favorite manga without any pain.

Moreover, it has a straightforward interface, includes genres like comedy, suspense, etc and you can bookmark your wishlist.

Comic Walker is among those manga websites where you can read manga legally and is entirely free and was initiated by kodokava- a popular publisher in 2014.

You can search the titles both in English and Japanese. It also has a fair compilation of manga and the site is updated weekly.

It has manga in various genres like sci-fi, comedy, romance,  etc, and has a very nice user-friendly layout.

Now comes the manga website- Comico that also enables you to read manga online. This site is among the best online services in arts and entertainment and is owned by NHN Japan Corporation.

Comico is updated regularly based on the latest manga and is used by many manga readers.

The website is entirely in Japanese so make sure that you are good in the Japanese language to read the manga without any problem.

However, recently an English version of the website is developed called pocket comics.

NineManga is a reasonably well-known manga website that allows you to read manga online and can also download.

You can search for your favorite manga in the categories given like action, adventure, drama, fantasy, or in the search bar.

The manga here is daily updated and available in high quality. Also, it has a simple and easy-to-navigate user interface.

Like the above manga website, MangaKaklot also lets you read manga online. It has a decent user interface-uncluttered.

One can search in the search bar provided or Can also go through categories such as hot manga, new manga, latest manga, or completed manga.

It includes distinct genres like adventure, drama, mystery, harem, and a lot more.

Yes, there are a huge number of manga websites available to read manga online. However not every website works fine thus ruining your reading experience.

So, we have listed out some of the best manga websites and briefly enlightened you about them.

We hope this article aided you in choosing your manga site and let us know if we missed any other worthy manga websites in the comment section.