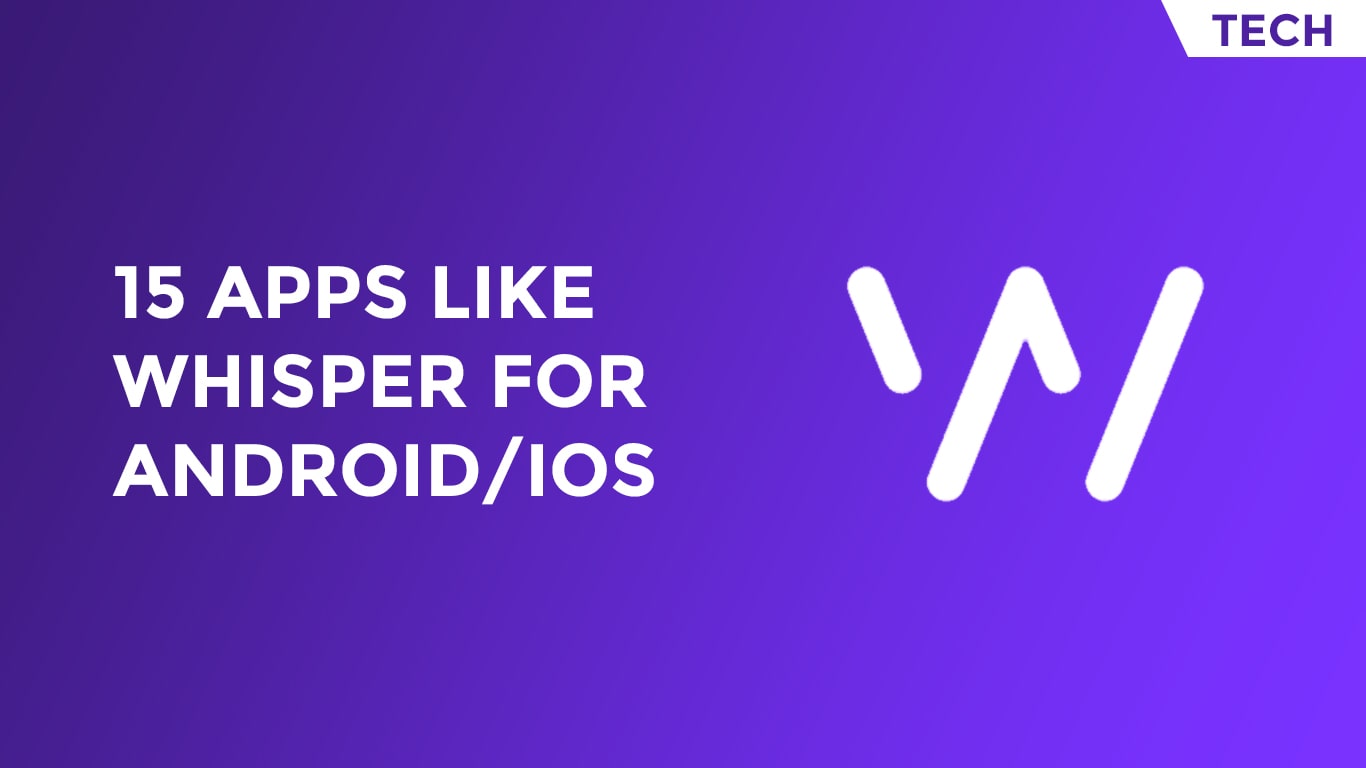 Whisper is a very popular social media app that allows its users to stay anonymous, upload, and interact with like-minded people. It also has an instant messaging feature that allows anyone from anywhere to talk with people! It is an application that people use to rant, make confessions, or just speak their minds. If you are someone who likes to use whisper, you would surely like the whisper-like apps listed below!

We all have heard of Sarahah; it was first launched in 2016 and gain traction in early 2018. This app allows its users to leave anonymous constructive messages on another user’s profile and vice versa. You will find this app being mentioned a lot over platforms like Instagram and Facebook. Sarahah is super popular among younger audiences.

Yik Yak was another very well-known and loved social media app. It was launched in 2013 and allowed users to see the posts that were made within a 10-mile radius and more. It allowed people to engage with people’s content and had an “upvoting” system. The app was discontinued in 2017 and is now known as Hive.

After school is an application that was made for a very specific audience; college and high school students. The app is very heavily monitored since they have a younger audience and want to promote a positive and healthy environment. The app is used in 85% of schools in the U.S.

Ask.fm is another very famous app that allows people to ask questions to anyone they want without having to reveal their identity. The application was first introduced as just a website but since millions of people started to use it, it was then turned into an application. It also allows people to send gifts and images!

If you are someone who likes nothing more than their privacy, Cloaq is perfect for you. Unlike any other apps, Cloaq does not require you to enter any personal information upon downloading the app, it gives you a username and you’re ready to go. There is no hacking and no one could figure out who you are! Cloaq is the perfect place to speak your mind.

The app is named appropriately as it is a platform for people to let out their steam and anger! However, it is not just a regular app, it allows its users to express their frustration healthily and stylishly by the use of different fonts, texts, and colors!

Wut is a semi-anonymous app that describes itself as “anonymousish” because you are required to login from FACEBOOK. Now, the cool thing about this messaging app is that you can send texts to people that they can read on their lock screen but as soon as they open the app, the message would disappear! It is a fun way to message a large group of people at once.

This is a messaging application that allows group chats and personal chats as well. This is an application where you can meet people like yourself and make new friends. Every conversation you have is anonymous and the chat is cleared within a few days. It is perfect for people who are looking to meet like-minded individuals. You can also share media files on this app!

Viber is one of the most well-known messaging platforms. It allows its users to make video calls, voice calls, send messages, images, and videos. It is free to download and its interface is not that difficult to understand, it’s built just like any other messaging application.

Rooit is the perfect application for anyone who is looking to make friends and have some fun. The app has a feature that lets its users partake in games and quizzes and be part of several chat groups. You also get an AI assistant that gives you a walkthrough of the app and makes it easier for you to use it!

This is an app where you can express how you feel without a care in the world! It is an application that allows you to make stories and reply to anyone else’s. You can send messages, photos, GIFs, and much more on this app. It is a good application to have if you are someone who is looking to rant or share their feelings.

Wakie is an app that lets you have voice calls with anyone! You just have to post about something that you want to talk about and match with an individual and get to have a phone call with them right away! It is perfect if you are looking to make new friends and form meaningful connections with people.

This is an iPhone messaging app that lets you message anyone within a one-mile radius. The chats are anonymous and private so you have nothing to worry about! The application is great if you looking to meet locals in your area and make new friends.

Kik is a very famous messaging app where you can either make your user or be provided one. The app is free to use and you can join group chats and make a lot of friends. You can find specific groups through hashtags and the app also offers a variety of themes.

The most interesting out of all is the Vent app. It has a twitter-like layout but instead of followers, you have ‘listeners’, and instead of following, you ‘listen’ to people. The app offers a feature where you can choose emotion flairs to describe your mood like ‘happy’, ‘sad’, etc. It is color-coded and it is the place to be if you are someone who just wants to share the feelings. There are also tons of other features to interact with individuals on the platform and the app is easy to use.

That concludes the list of top 15 apps like Whisper. If you are someone who enjoys making friends and shares your feelings online, these apps are perfect for you! You can make friends, make meaningful relationships, and have great discussions about the things that you like and interact with other people’s posts as well!

1 thought on “15 Apps like Whisper for Android and iOS”